Last week I did a talk on HTML5 and Windows Phone for the Danish Developer Conference 2012. The talk was quite successful and around 80% of said that they learned something new, which is the whole point of these conferences.


There’s a lot of talks about HTML5 these days and I myself will be doing a talk regarding the subject in the Danish Developer Conference. I was planning on saving my content for my presentation but once my talk is done I’ll be posting a couple of articles on HTML5 and Windows Phone 7.

Here’s an introduction / teaser to what I’ll be presenting…


As I come back from another long blogging break, a lot of great things have happened in my life…

The greatest experience I’ve had so far in my life was on September 15, 2011 I became a father to this wonderfully charming little guy you see below: 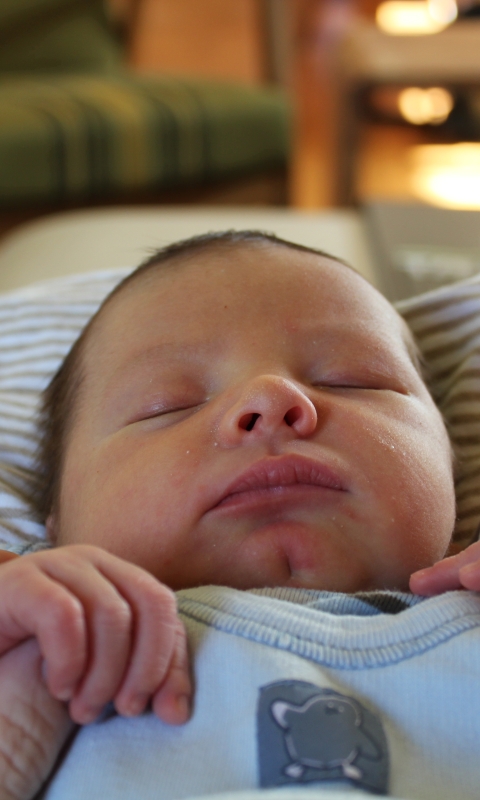 I took a full month off work to play daddy and to assist my wife with everything I possibly can. It was a great time and I’ll never regret or forget that.

My hands were completely tied from work the day I got back from my leave. Luckily the projects were all very exciting and challenging, but did require me to spend a ton of hours on work. I had the chance to work on an online music service called TDC Play for a rather large danish based telecom company called TDC. I unfortunately only took part in the design and development of the Windows Phone 7 version, but the app is also available on the iOS and Android.

The app was extremely fun to make and I got the to work with my old colleages from the Microsoft Development Center in Copenhagen. I expect to post some articles on performance, background agents, Implementing a MediaStreamSource for streaming or progressive downloads, and loads of other fun stuff.

So what’s next for me in the blogsphere? Well to begin with I’d like to continue on my series Multi-platform Mobile Development and some articles on Windows Phone 7 development. I’m looking forward to getting back into writing some useful articles.

I’ll probably also be back on the MSDN forums, especially the Smart Device section to help out other developers running into issues with mobile development


I’ve been working extensively on enterprise mobility projects lately. These applications integrate into large SAP based systems and when testing the system it can get very tedious to set up some temporary data from the backend. I’m also working with some not-so-technical testers that get intimidated by the Visual Studio or the SQL Server Management Studio. This led me to writing an open source project called SQL Compact Query Analyzer

Here’s some details I pulled directly off the Github page

Coming at some point: 
More than a year ago, I published a project on CodePlex called SQL Compact Code Generator. Unfortunately, I never managed to find the time to do some work on it and the project was set on a very long hold. A year after I suddenly really needed such a tool and decided that I should put in some hours on the project.

I’m currently working on a large enterprise project where changes to the database schema is done rather frequently, to avoid the pain of updating my data layer after every change I decided to use my code generator.

Here’s some details I pulled directly off the Github page. 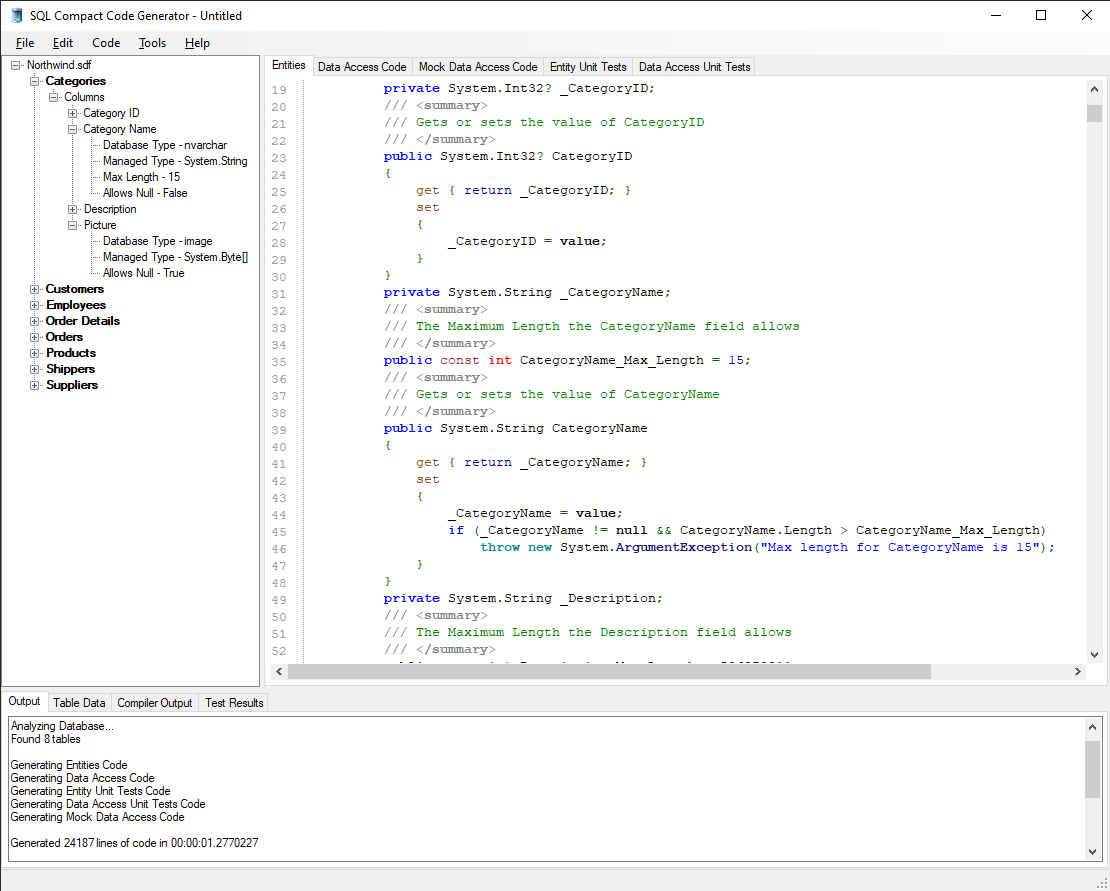 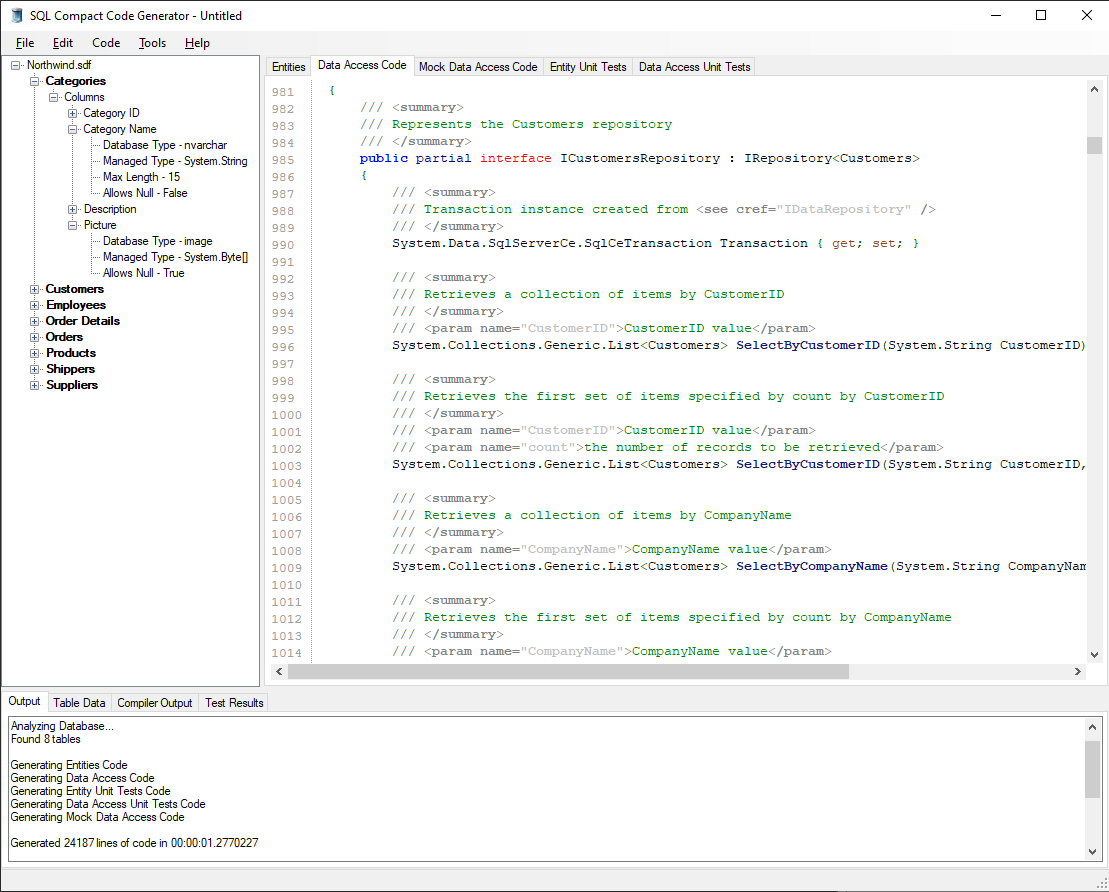 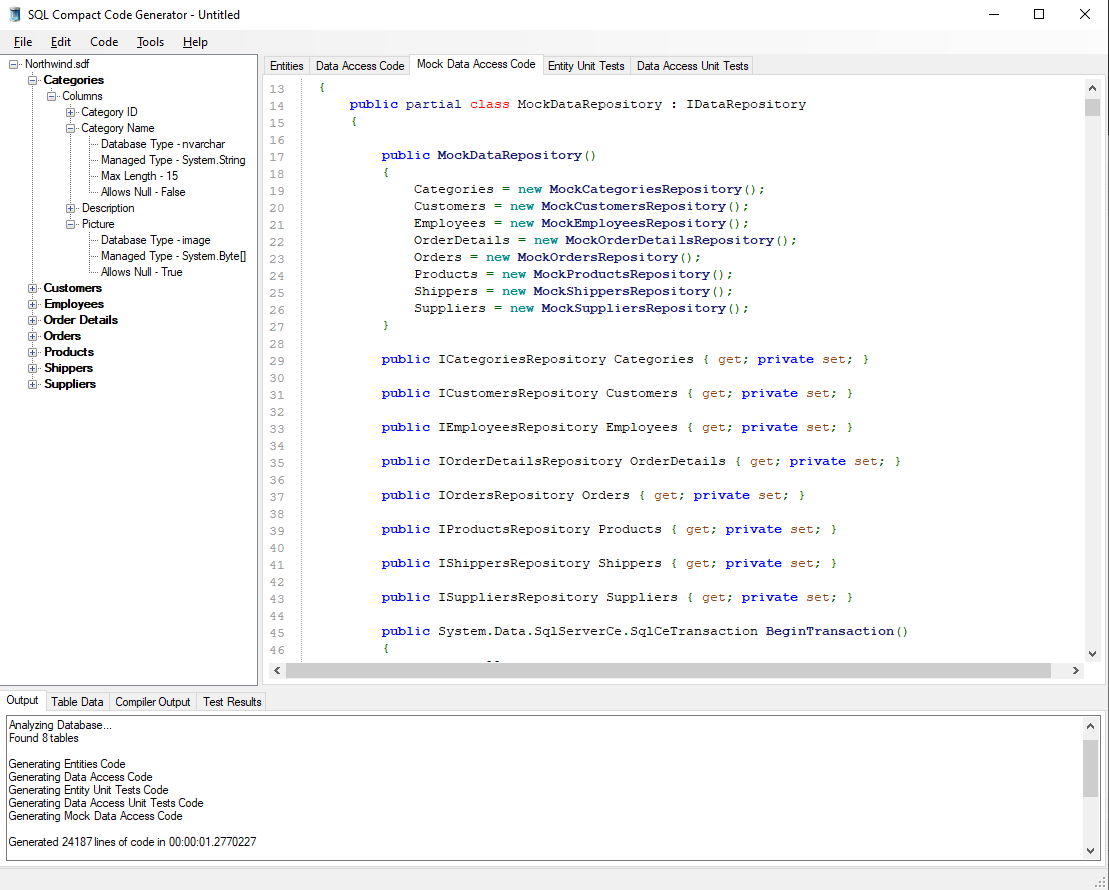 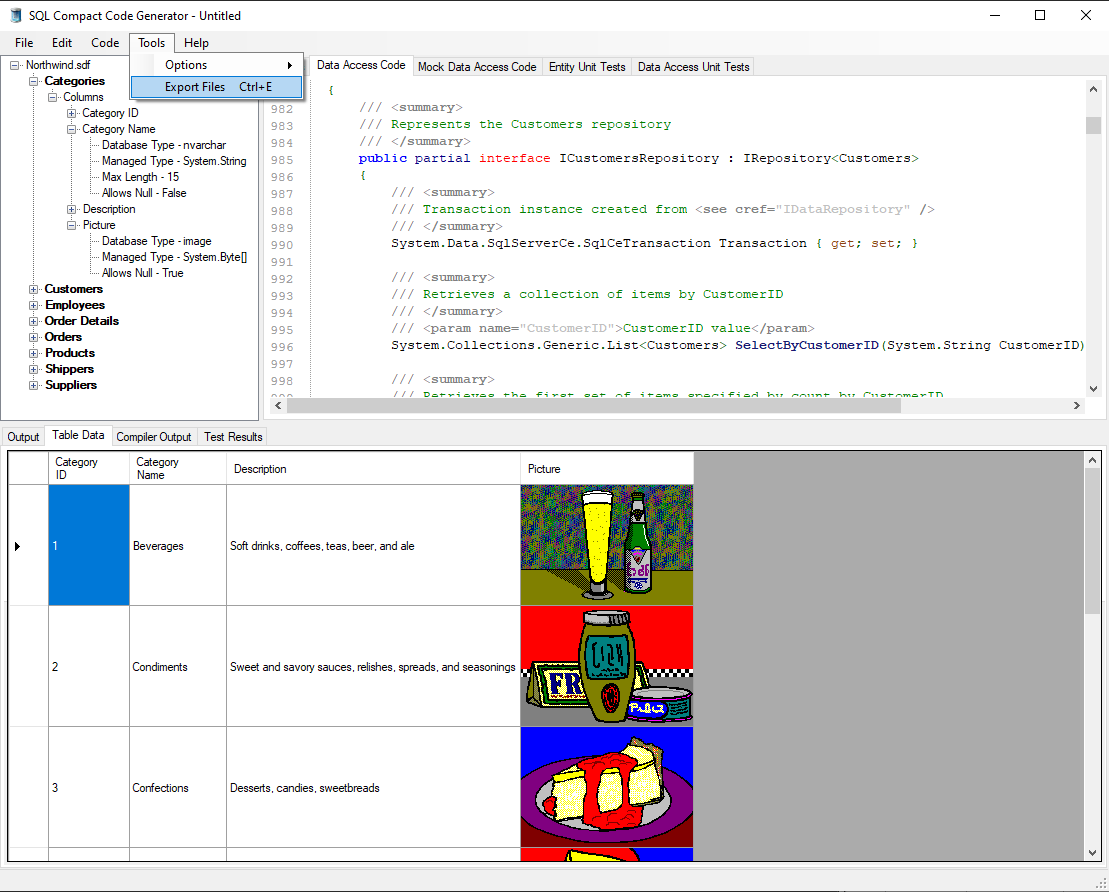 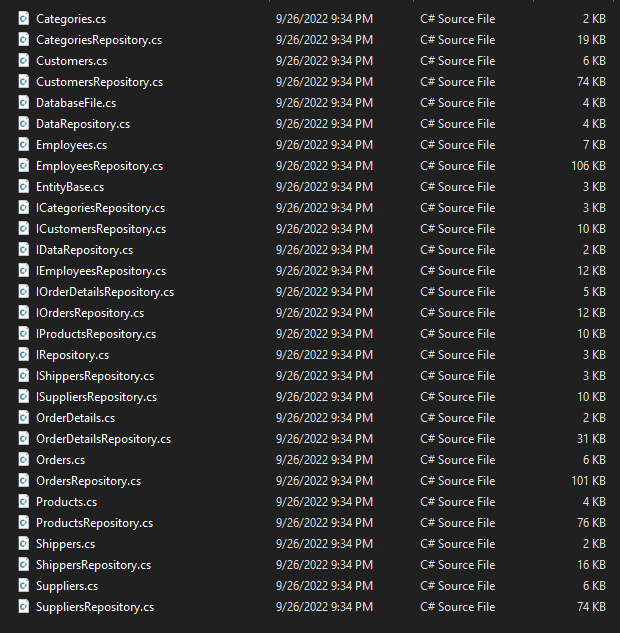