In my previous article Generating ResX translations from Google Sheets, I wrote about using Google Sheets as a translation tool by using the GOOGLETRANSLATE built in function to generate translation files for a Xamarin.Forms solution. For this post, I will demonstrate something very similar, but instead of ResX files I’ll generate InfoPlist.strings files in iOS for localizing the permission request prompts for accessing things like Camera, Location, Photo Gallery, etc. For the sake of this article I created this sample Google Sheets

For a quick recap, we will use a tool called csvtrans written by my colleague and good friend, Ricky Kaare Engelharth. The tool is built with .NET Core and can be installed using this command

Here’s an example usage of the tool 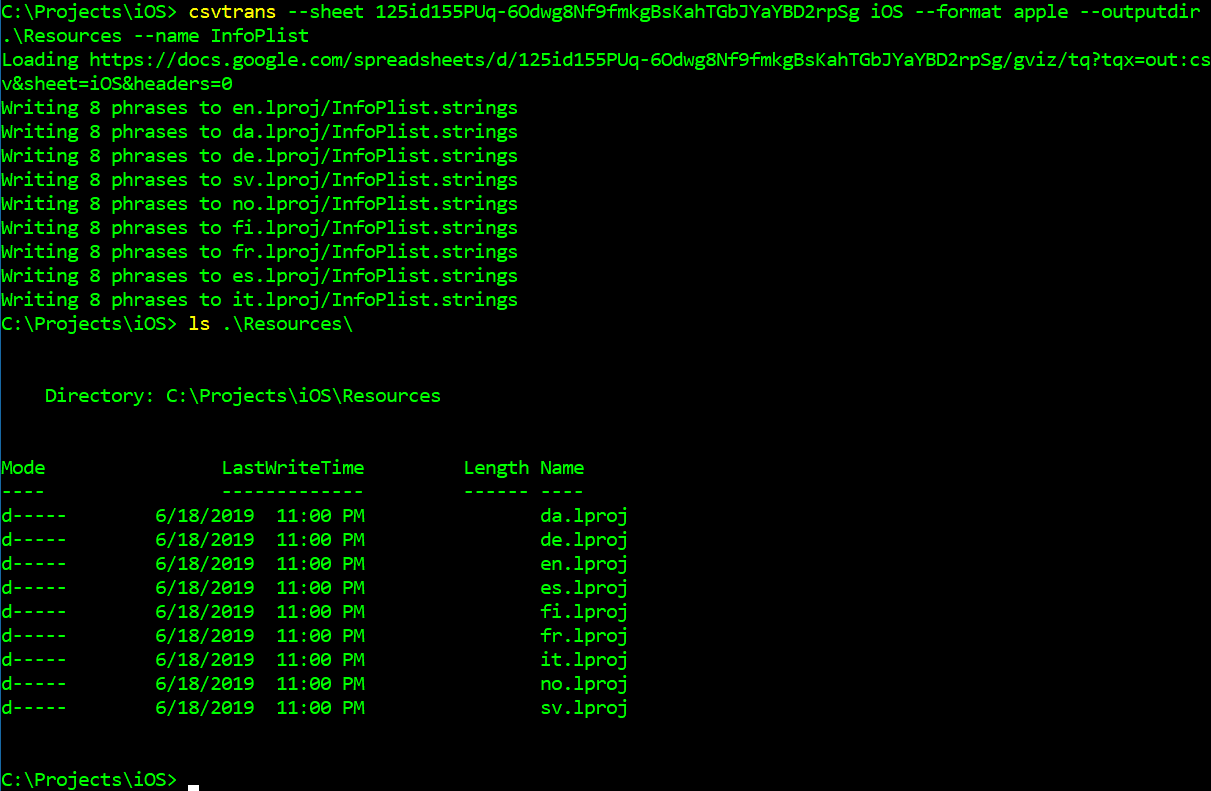 Now I can just bring these files into my project and use them directly. Well, almost! There’s one little problem, and that is that by default the Xamarin.iOS csproj tooling explicitly adds each InfoPlist.strings file as a BundleResource. Oddly enough, the csproj format allows to specify wild card folders, so if we want to enable dynamic generation of InfoPlist.strings translations then we need to manually edit the csproj.

This is actually very easy to do. We just need to replace the lines like


In my career, I have tried multiple translation tools for handling localization. This usually ends up in a spreadsheet sent back and forth that gets imported/exported with the actual translation tool. I have also tried giving my translators and customers direct access to the translation tool but that never really worked as they tend to blindly translate everything they see and usually miss out on the fact that some strings contain important placeholders that executable code expects. Anyway, at the end of the sending a spreadsheet back and forth seems to always work.

In a recent project, I built an Android and iOS app with Xamarin.Forms that used Resx files for handling cross platform translations, and InfoPlist.strings files in iOS for localizing OS requirement prompts for using things like Camera, Localization, Photos, etc. For this project we thought about playing around with Google Sheets as a translation tool. Google Sheets has built in Google Translate support so you can do something like =GOOGLETRANSLATE($B2,$B$1,C$1) where $B2 describes the text to translate, $B1 describes the source language, in this case English is the default, and $C1 describes the language to translate to. With this approach, I can very easily, blindly, add new translations to my app, like in this sample Google Sheets document, where I added Danish, German, Filipino, Simplified Chinese, Japanese, and Koreanusing the Google Translate tool. Of course, this needs to be proof-read by a translation professional who mastered the language, but this approach is very convenient for checking out how the app looks like in different languages.

Now here’s the awesome part. My colleague and good friend, Ricky Kaare Engelharth, created a translation tool called csvtrans that can produce Resx, iOS, and Android translation files from a publicly available Google Sheets document. The tool is written in .NET Core and is publicly available from nuget.org as a tool.

The tool can be installed using this command

Here’s an example usage of the tool 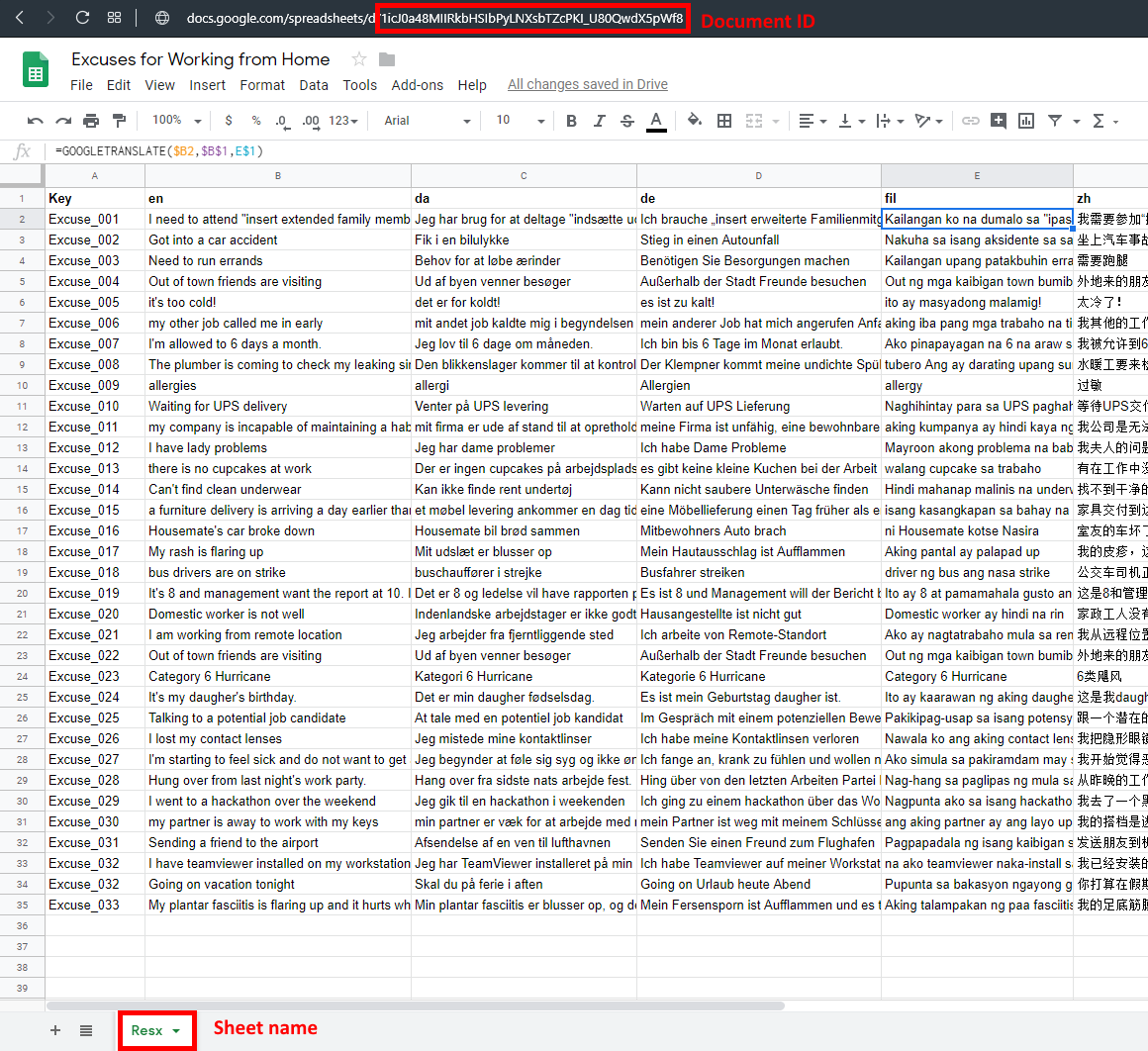 Now I can just bring these files into my project and use them directly. With the modern csproj format I don’t even need to do any changes to include these translation files, as long as the resx files are in the project folder they will be automagically included into the output. This opens up for dynamic translations at build time using your CI/CD build tools of choice


A few years ago, I had a full time job as a device developer in the Music Streaming industry. The applications we produced at the time targeted consumers and had a huge focus on UX and UI. One of the requirements our designers had was to have scrollable tabs. This was 5 years ago and before Xamarin.Forms existed so we built the iOS app and Android app separately. We used MvvmCross and the shared a lot of core code but the UI components were done per OS. When we started, the company did a recent switch to go full on with .NET on everything, so not only did we share code between apps, but we shared code across all systems within the entire organization.

Scrollable tabs come for free in Android using the built-in control TabLayout but on iOS we needed to re-create the UISegmentedControl and add scroll/pan/swipe functionality to it. On native code, you had a few options to choose from, so the first task was to find the best native implementation of it and port it to C#. A few Google searches later I found the HMSegmentedControl written by Hesham Abd-Elmegid. The component at the time was written in a single file and was a drop in replacement for the UISegmentedControl. It was functional, elegent, and directly portable to C#. It was perfect!

A few hours of focused coding later I managed to port the entire thing to C# and created a Github project for it. I originally called it HMSegmentedControl as a tribute to the author (I also sent him a thank you email at the time) but later changed it to ScrollableSegmentedControl as it was a better and more descriptive name that states exactly what it does. Recently, I re-visited this project to clean up, modernize the code, and structure of the repository. I added a README file with a useful description, screenshots, and code examples. I also published a NuGet package called ScrollableSegmentedControl to make it easier for others to use while keeping the responsibility of maintaining it.

So using the component is quite trivial. Here’s all you need to do:

This would result in a segmented control that looks like this: 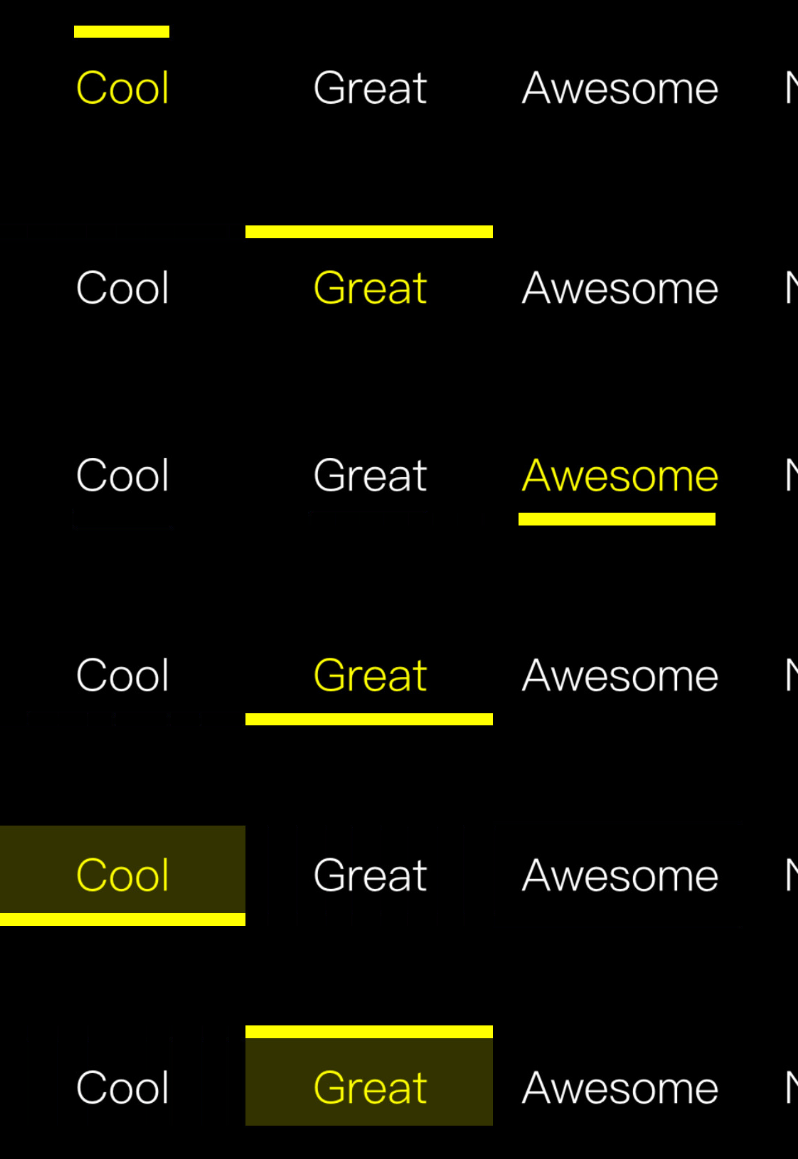 This post is probably 5 years too late but since I just only recently made it publicly available as a NuGet package I thought I should write a short article about it. I hope you find this useful


For the past year or so, I have been doing a lot of development that involves producing an OpenAPI specification document from a .NET Core based REST API and generating client code using things like AutoRest, Swagger Codegen, OpenAPI Codegen, and NSwag. My problem with these tools is that I often need to leave Visual Studio and quite often update the tool before I can re-generate my REST API client code. After doing this a couple of times I thought that I should just build a Visual Studio extension to make my life easier. At the end of last year I started work on a Visual Studio extension called the REST API Client Code Generator, A collection of Visual Studio custom tools for generating a strongly typed REST API Client from an Open API / Swagger specification file

With this tool I can easily switch from NSwag, AutoRest, Swagger Codegen, and OpenAPI Codegen, and re-generate my code by making changes directly to the OpenAPI specification document I have in my project. 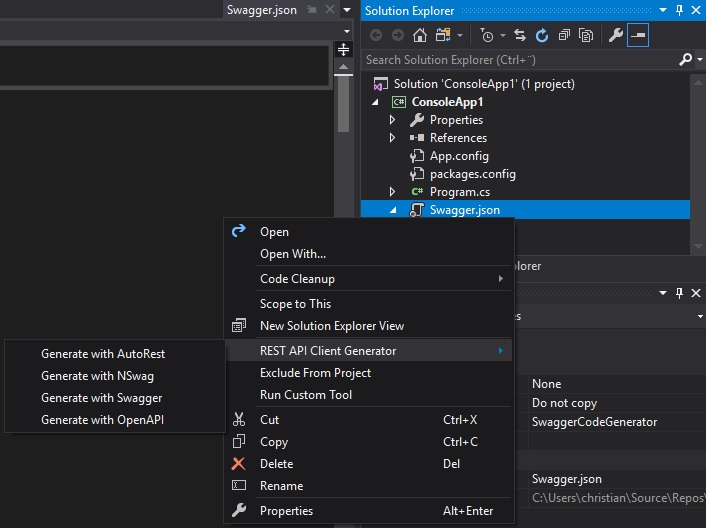 I built Visual Studio Custom Tools for each code generator so every time I make changes to the OpenAPI specification document in my project, the client code gets automatically re-generated. 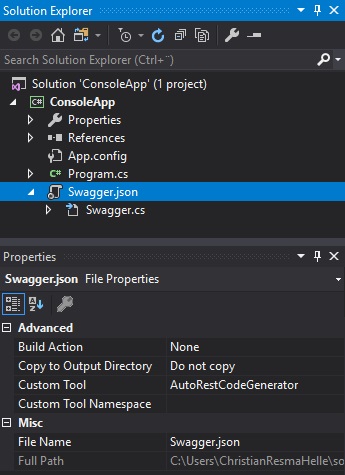 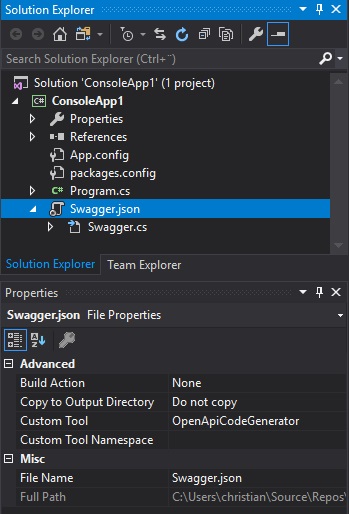 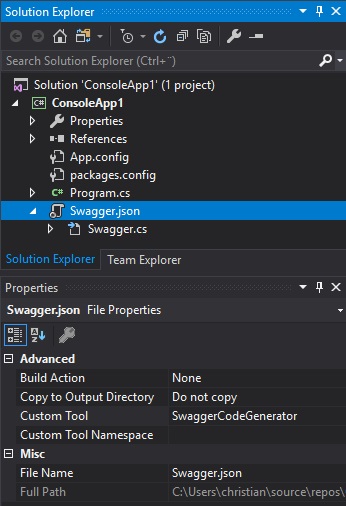 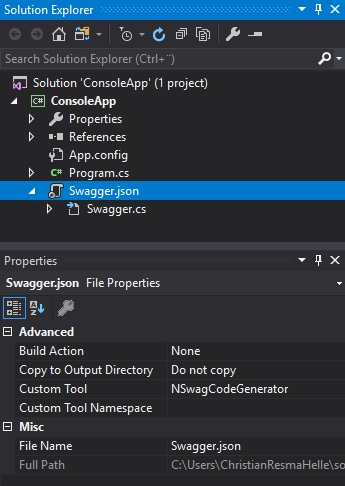 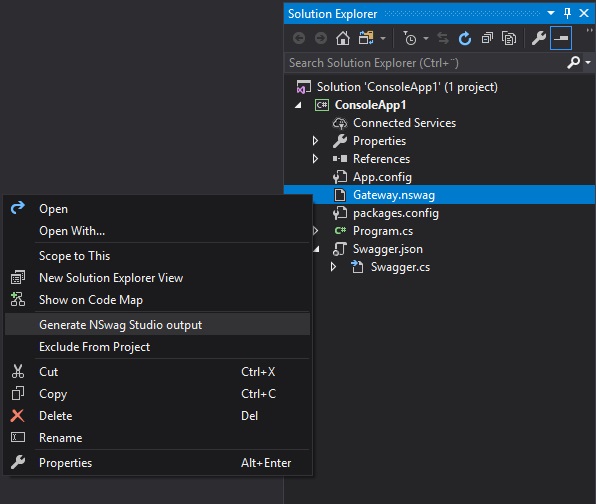 And a feature that I just built today, adding a dialog for adding a new OpenAPI specification document file.


I have been building mobile solutions for nearly 2 decades, I have seen things come and go, and I had loads of fun working in this space. A great part of my mobile development career involved consulting and for most of my work, I build the entire solution, including the web services and the data store and I am extremely proud of the things I have built. For the past 4 years I have been working in the Music Streaming industry. Using the tools from Xamarin, we built software for Android and iOS with a very large shared code base. The entire organization shares components through different platforms, it was great. Our products have a very high number of daily active users and has great ratings on the Apple AppStore and Google Play.

During these 4 years, a lot of things has happened. Microsoft acquired HockeyApp then later on Xamarin a few years back, and unfortunately, things went down hill. This is of course almost to be expected as Microsoft has bigger plans for these products and they will be all well integrated into a larger suite of products. I think things are starting to look better now, but for a very long while, it has been much worse. For instrumentation we had to switch from Xamarin Insights to RayGun. At that time when we did the switch, RayGun didn’t have the same feature set as Xamarin Insights so it felt like a down grade, with a higher price tag. RayGun eventually caught up and also improved the pricing plan.

Like anything else, if you work on the same suite of products for 4 years, no matter how fun it is, it becomes less and less exciting. Lately I have taken a keen interest in the recent developments in the Microsoft Azure space and early this year a very interesting opportunity presented itself. So after weeks of consideration, I decided to take a break from full time mobile development. For the past 2 months I have been a full time Cloud developer. Although I still do side projects and most of them will most likely still be mobile, I will be working on Cloud based solutions in my day job.